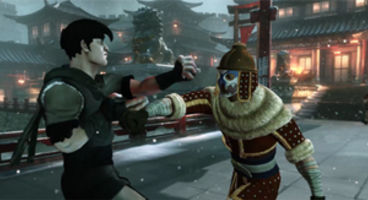 Former Fable developer Kostas Zarifis has posted a new video on his Kickstarter campaign for Kung Fu Superstar, which lets us play the role of a super badass Kung Fu Hollywood stuntman.

There's a problem however. People are a little confused about the game's controls, thinking it might be motion control exclusive. Zarifis has replaced his pitch video with the 'explanation'.

His Kung Fu Superstar project will also be supporting the headset Oculus Rift. 21 days left of the Kickstarter campaign with £19,750 of the £200k goal pledged.

"Reading the comments on the first article I believe a lot of the negativity was due to people thinking the game wouldn't work or would be motion control exclusive,” said Kostas Zarifis, referring to the lack of clarity over how the game works. He hopes his new video will lead people to believe in the project and pledge.

"These are exactly the concerns we are trying to address with the release of this video so I think if anything people will be happy to see our approach to these issues. We've actually replaced our pitch video with this video now because of how informative we think it is." Pledging £15 or more will get you a digital PC copy of the game through Kickstarter.

“It's no secret that the campaign hasn't been going as spectacularly well as we'd been hoping and its trend rate currently is dangerously low,” he posted in an update. “We need a radical change to occur to get things back on track and we're hoping this new video will trigger that change.” Check out the new 'informative' video below.