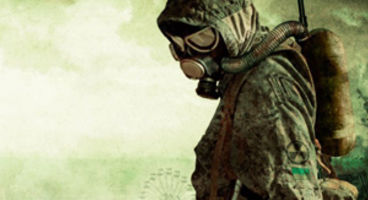 While bitComposer is adamant they "hold the license for PC and video games", Eugene Kuchma from GSC claims trademark filings show bitComposer doesn't own rights to make S.T.A.L.K.E.R. games.

Kuchma has issued an email in response to "rumors appearing in press" that bitComposer is now deciding the future of the S.T.A.L.K.E.R. license for video games.

"In view of the rumors appearing in press, we find it necessary to inform that GSC Game World and Sergey Grigorovich remain to be the sole owners of all the intellectual property rights to the S.T.A.L.K.E.R. game series and the brand overall, including all the trademarks, the game universe, the technology etc," wrote Eugene Kuchma, a sales and marketing rep for GSC Game World, reports Gamasutra. "This can be easily verified with the trademark services online."

Sergey Galyonkin of Russian games outfit Nival believes that bitComposer may have bought the rights to the original Roadside Picnic universe, and the S.T.A.L.K.E.R. license that arises from those novels, rather than the actual film and video game S.T.A.L.K.E.R. property.

Eugene Kuchma again pointed to trademark filings which, they said, clearly indicate that bitComposer is not in a position to develop S.T.A.L.K.E.R. video games as they lack the necessary rights.

It seems there's a war of words going on with someone somewhere under a misapprehension? Has bitComposer Entertainment landed themselves the 'wrong' S.T.A.L.K.E.R. license? Call in those brave souls; the lawyers.