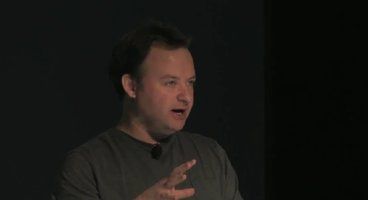 God of War and Twisted Metal creator David Jaffe pronounced in a presentation at the DICE Summit that story-driven games are "a waste of resources and time and money."

Jaffe accused in his DICE speech, "We found ourselves seduced by the power of film...and sort of going down this road...and the expectations of films we began to put on games and they looked like movies, and were starting to feel like movies, and we thought we had to provide the same experience as movies. In that we lost a lot of the fundamentals that make the medium special."

This caused an outcry by developers and gamers alike, and Jaffe found himself defending his statements.

"I think with...the advent of CDs for game storage, and then high end graphics and voice actors and all this -- cutscenes -- games kind of got off on a bit of a wrong track that was very appealing, but it wasn't necessarily the only track we should have got off on. And I think that's what the lesson taught me. I want to get really good at the other track, and I don't want to try and make a cinematic game. I want to try and make a great game, if that makes sense at all," Jaffe later clarified in an interview with Gamasutra.

Jaffe went on to say that people who heard his DICE speech misinterpreted what he was trying to say. "They think what I meant was I want to go off and make iOS abstract Tetris games that are just pure abstraction. And it's not that... I think with CDs, the advent of CDs for game storage, and then high end graphics and voice actors and all this -- cutscenes -- games kind of got off on a bit of a wrong track that was very appealing... My talk is actually a warning about why we shouldn't tell stories with our video games. I think it's a bad idea. I think it's a waste of resources and time and money and more importantly I think it actually stunts, and has stunted over the last ten years or so, the medium of video games."

Let us know what you think - has story and cinematics damaged the growth of videogames?