Team Ninja's 'new team' want to "give meaning to violence" 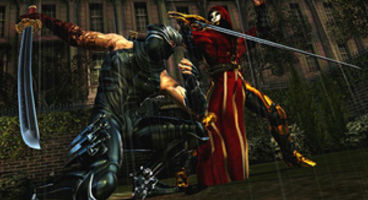 Yosuke Hayashi has been leading Team Ninja for the last three years and he doesn't want it following in those same footsteps. "Sex and violence," was what it used to be.

The studio is busy with Ninja Gaiden 3 and Dead or Alive 5. The new team want to "take it to a new level" that contains "emotional experiences" for players. Want to avoid cheap thrills.

The vast majority of Team Ninja are original developers but there's 'new blood' as well from Tecmo. Yosuke Hayashi took over when Tomonobu Itagaki left the studio three years ago.

"The old team was known for making games that just had two primary elements: Sex and violence," Hayashi-san said. "It was very obvious. The new team, we want to take it to a new level -- to a direction that contains emotional experiences that can move players."

"Rather than just having violence for the sake of violence and cheap thrill, we wanted to give meaning to violence: Why does this happen? We want to link emotion to violence." In creating Ninja Gaiden 3, he explains, "we wanted to make a game that is for mature audiences, that can make adults think."

Dead or Alive has always been full of bustily clad women - how does that 'evolve'?

"We've always had the sex factor in the game; in the past, the female characters had to have big breasts, they had to have scanty dress," says Hayashi-san. "In DoA 5 especially, we're trying to focus on the real women that surround us; the voice of a female, the mannerisms. We are being realistic about it."

"We want to show something that's more high class," that adults could see the female characters and "be impressed with her as a woman, not just as a pin-up." Team Ninja want to avoid the Sports Illustrated vibe of the past, where it was more like a magazine for "high school kids, with women portrayed in that sense."

The studio want to take female characters and narratives more seriously; no stereotyping. "The team has always wanted to do it," he says. "The world has changed. People want something that's more substantial."