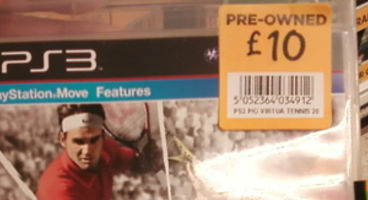 In fact Tretton notes it would be "anti-consumer" to do anything to block the trade of pre-owned. This view is his own, and Sony Japan "might think something different" altogether.

It's been rumoured that both the new PlayStation and Xbox hardware will come with some form of anti used system. DLC and Online Passes already target pre-owned.

The big decisions regarding the new PlayStation of course rest with Sony Japan and so while Tretton's words may certainly be encouraging to those who prefer to play pre-owned and trade-in their games, it's something all publishers are very sensitive too as they dislike retailers getting all the turnover from the second-hand market.