EA: Authenticity in Medal of Honor "everything for us" 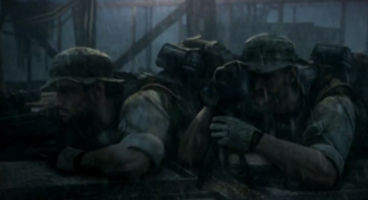 The revival of Medal of Honor is all about authenticity for the house of EA, as it 'separates it apart' from the competition, and they take it "very seriously." They'd be a "floating gun" otherwise.

It's all founded on "respecting the soldiers" and getting their point of view in the story and setting, but they're "not making a simulator." The team are after an "immersive, authentic feeling".

The developer has Tier 1 consultants helping them who are "actually gamers as well" helping bridge a greater understanding. They know what's boring game-wise.

"That's everything for us. I think that's what separates Medal of Honor apart from the other guys. We take it very seriously. Without that, an interesting setting and story... we're a floating gun in a world," said EA senior creative director Richard Farrelly on authenticity for the Medal of Honor franchise.

"At least that's how we view it. It's really important for us - that's Medal of Honor's identity. Respecting the soldiers and telling the story from their point of view." EA are mindful of 'crossing the line' but not scared of it. "For us, we're making a game first, we're not making a simulator. Other games do that and they do it well. Our vibe is to give the player an immersive, authentic feeling experience and make it feel like they're one of these guys."

"We look at the elements that make it most authentic, that if somebody saw it even from their community they'd be like, 'those guys have talked to somebody'. It's the way the guys hold their guns, the way they talk to each other, the way they move, enter a room... a lot of small things. It's the stuff you can only get in a game by having guys like that at your disposal. We have these guys in the studio almost daily," explained Farrelly.

It's enough to keep it 'unique' from DICE's Battlefield. "Also now with this Tier 1 position we have, we've kind of found a niche that we feel we can own in terms of the depiction of the story of our guys, doing what they do, in a really authentic way, yet still having some delicious gunplay in there that's fun," added the senior creative director.

Medal of Honor: Warfighter's multiplayer is in-house this time around unlike the original which was handled by DICE, who also supplied the game engine it runs on. "That was huge for us. We really embraced it last time and we thought it was cool to have the flavour of the two studios, but this time around we wanted to have one single vision, with one engine and one team working on it. It's been a really cohesive experience."

Check out the full interview between Richard Farrelly and CVG.