15 March 2012 | By Jonah A. Falcon
Mass Effect writer Drew Karpyshyn revealed his original intent for the ending of Mass Effect 3, which involved the concept of Dark Energy, which was hinted at in the previous two games, such as on Haelstrom during Tali's recruitment mission, when she commented that the planet's sun was an advanced age for no scientific reason. 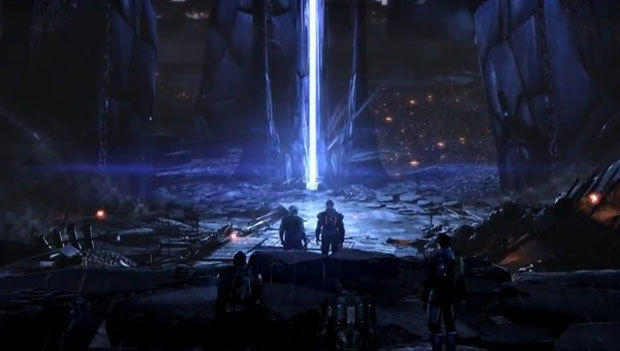 The Dark Energy was a force that was going to consume everything. According to Karpyshyn, "The Reapers as a whole were 'nations' of people who had fused together in the most horrific way possible to help find a way to stop the spread of the Dark Energy. The real reason for the Human Reaper was supposed to be the Reapers saving throw because they had run out of time. Humanity in Mass Effect is supposedly unique because of its genetic diversity and represented the universe's best chance at stopping Dark Energy's spread."

The original choice was between killing the Reapers and trying to find a way to stop the Dark Energy threat with what little time was left before it consumed the galaxy, or, "Sacrifice humanity, allowing them to be horrifically processed in hopes that the end result will justify the means."

This still doesn't change the main sticking point of fans: all of the recruitment, all of the alliances, all of the sacrifices, were essentially moot because they essentially were inconsequential to the resolution.