Svensson: Retail will "always have a place in our future," from discs to tokens 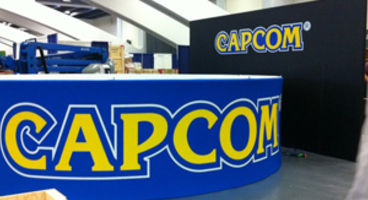 Capcom's Christian Svensson is in no doubt that retailers will continue playing a role in the video game industry, but they'll shift from "planned purchase to impulse" as digital switches roles.

He predicts in 5 years time that retailers will be peddling "tokens in a box," and not discs. They'll more than likely be accompanied by "figurines" to give them "tangible value".

It'll be the only way for retailers to keep their stake in the video games industry going, reckons Svensson. Offer tokens for digital products with hard items to give it physicality.

"Retail will always have a place in our future, but I think that five years down the road, the value proposition of retail, to publishers, will change. I think retail's role will shift from planned purchase to impulse purchase, predominantly. And planned purchases will increasingly happen online, just for sheer convenience's sake," said Capcom's Svensson.

"I think five years from now, more likely than not, we'll not have plastic discs in a box, but we'll have tokens in a box, something that is gift-able, and able to be bundled with other hard items like figurines or plushes, or something else that has tangible value that can't be downloaded over a wire."

"On some platforms that’s already the case, as it is on Vita. In Europe, the PlayStation 3 is already that way. I wish it were that way here in the States as well. But I’d say that’s an inevitability. No one is really fighting that, but the question is when that will occur." Retailers tend to 'bully' for digital releases to be delayed so the stores can draw sales.

The senior vice president of strategic business development at Capcom US hopes that consumers can enjoy better updates to their games via the console networks next-gen. "I'm hoping for a much more fluid means of providing updates to consumers, being able to have a much more rapid turnaround in between when content is submitted and when content goes live to consumers, to provide a higher level of service to them."

"I'm hoping that the networking and the processes in the future are built with that in mind."

More power of control for studios: "I'd like to see more server-based backends that are more under publisher-developer control, rather than being forced through systems that are bit more pre-defined by the first-party. That would enable experiences online that are not currently available in today's console marketplace."

"In many ways, I hope that first-parties react to what's happening in the PC and smartphone space, in that the barriers between developer and consumer are much lower there."

"And console makers need to be aware that that's what they're competing against, and that's increasingly what the customer expectation is, in terms of responsiveness and engagement."

Check out the full interview between Christian Svensson and Gamasutra discussing what lies ahead.