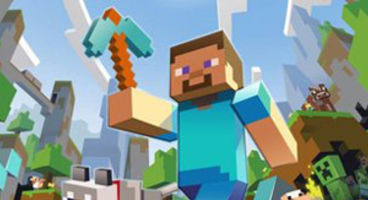 A new title update has been released for Minecraft on Xbox Live Arcade and it adds an autosave feature with the option to adjust when it occurs. There's now a warning for lava near spawns.

Clay generation is fixed, and there'll be no more standing on sugarcane. Killing Zombie Pigmen will now count properly for leaderboard scores. Duplication bug is addressed too.

Frame rate drops near the edge of the Minecraftable world should be fixed too. For the full changelog you can just stick your nose in the list below.

Added an autosave, and the ability to turn autosave off, or set it from 15 minutes up to 2 hours in 15 minute steps.

Added an Interface Opacity slider in the settings for plasma screen users.

Added a gamertag display in splitscreen, and the ability to enable/disable it in the settings.

Added an option in the settings menu to enable/disable in-game hints.

Added an option in the settings menu to enable/disable tooltips.

Added a co-ordinate display to the in-game map.

Added new sections in the How To Play on Multiplayer, Sharing Screenshots, and What’s New.

Added a warning message when attempting to place lava near the spawn area.

Fix for the leaderboard crash when toggling between filters/leaderboards.

Fix for server disconnect message appearing when offline or in leaderboards.

Fix for issue where posting a screenshot to Facebook caused a back out to the main menu.

Fix for ‘Awaiting Approval’ showing all the time on some signs.

Fix for being able to stand on sugarcane.

Fix for intermittent crash on saving.

Fix for duplication bug with the furnace and dispenser.

Fix for not being able to place water near the spawn area.

Fix for intermittent problem on entering the Nether putting the player above the Nether world.

Fix for frame-rate drop around the edge of the world.

Fix for intermittent problem where some achievements were not being awarded.

Fix for graphical issue with stairs.

Fix for issue with enemies spawning inside a house when they shouldn’t.

Fix for Zombie Pigmen not being counted for leaderboard scores.