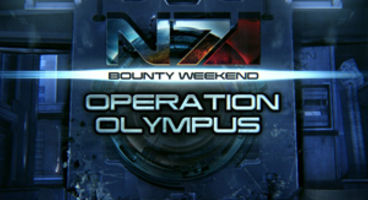 A new blog post from BioWare has revealed stats from the latest weekend of multiplayer events for Mass Effect 3. Players hauled in over 253k bronze, 206k silver and 89k gold rated extractions.

There's a little something special in the Victory packs as "reward for such an Olympic effort" on behalf of the community. There's always more Reaper and Cerberus tail to kick in the galaxy.

The studio began the pat on the back announcement with a message from Admiral Hackett congratulating "soldiers of the Milky Way" for their stellar work.

"Quite the amazing rally guys!" added BioWare. Bronze totalled at 253,408, Silver 206,386 and Gold 89,198. During the online missions the aim is to try and keep you and your fellow squad mates alive until objectives are complete and you’re successfully extracted from the location.

The next major DLC for Mass Effect 3 is single player content by the name of Leviathan, where the Normandy crew will be uncovering a downed Reaper that's gone rogue and seemingly reveals more of their machine origins.

Check out some Operation Olympus gameplay below.