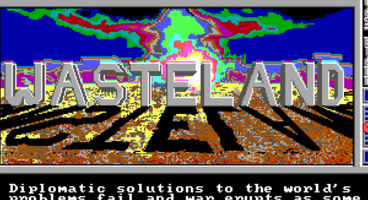 The second coming of Wasteland would be an isometric and party-based RPG, reveals the veteran. He wants an old school experience to be the focus of the intended revival.

"I want fans to know that a new Wasteland would be complete old school vibe and made with input from gamers. Made the gamers way," said Brian Fargo. "People forget that Wasteland was the precursor to Fallout. We made Fallout because we didn't have the Wasteland rights."

Should it get the funding it needs it would hit PC first, with iOS maybe next and others. How much does such a thing need? $1 million. He's yet to officially start up a Kickstarter project for Wasteland as he's currently thinking it over: "Very encouraging to see all the love for a new Wasteland. Crowdfunding might be the perfect way to make it a reality...."

"You will find a happy game designer if this method of game financing works out," twittered Fargo.

Does the world of gaming cry out for a new Wasteland? Let Brian Fargo know!