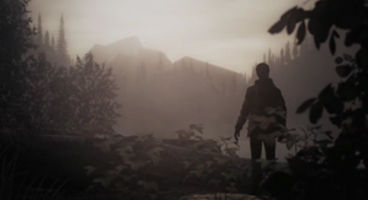 It's thanks to the powers of "nagging" that Alan Wake was greenlit for PC. It came from a "number of discussions with the right people," and American Nightmare helped sweeten it.

Remedy enjoys a good relationship with Microsoft, says Oskari Hakkinen, and as they were "doing more stuff with them" anyway Microsoft relented. Definitely nothing on PS3 though.

Alan Wake has now launched for PC, which is almost two years after it debuted on Xbox 360. It was originally meant for both but PC got dropped so focus shifted entirely.

"From that announcement our children were born and we started nurturing them, if I can use that analogy," explained Oskari Hakkinen, head of Remedy's franchise development. "Somewhere along the way one of our children got lost. We've now found him and our family is complete."

"What I'm trying to say, to speak from the heart, PC gaming is part of Remedy's heritage, back from the first Death Rally that was made in a basement to Max Payne 1, which was made partly in a basement, and Max Payne 2. Announcing Alan Wake on PC was always an important factor for us."

Along the way Alan Wake became an Xbox 360 exclusive which derailed the PC version, and since then it's been "something Remedy as a team has always wanted to do," said Hakkinen. "We haven't been shy about saying that. So we've done everything in our power to try and get it done."

"Microsoft gave us the blessing about seven months ago to do that. And from the moment we got that blessing we started working on it." Remedy was also working on XBLA exclusive American Nightmare for Alan Wake.

"Alan Wake was developed on the PC, of course. But when the PC version was dropped we were concentrating on the Xbox 360 hardware parameters. So the first thing we did was move those parameters to see how the game would work in a configuration that's much more powerful."

Finnish developer called Nitro Games joined Remedy on the PC Alan Wake bringing improvements and features to the game now finally bound for desktops. "We were like a nagging little kid," said Hakkinen, describing how they convinced their publishing parents Microsoft. "Time is a factor, and having a good relationship with Microsoft. And also American Nightmare coming out obviously extended that relationship with them."

"It was just a number of discussions with the right people, and then them saying, 'Yeah, we see you want to do that. We see it's important to you. We can let that happen there,'" he said. "Time has definitely been a factor on making it happen. Also it was the relationship and seeing we're doing more stuff with them as well."

Alan Wake is now available on PC via Steam, and through retailers in early March.