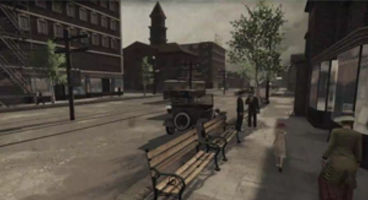 The criminal empire building game Omerta: City of Gangsters is no longer just for PC, as publisher Kalypso Media announce an Xbox 360 version will be launched this autumn.

Developer Haemimont Games is behind the mobster simulator, who most recently released Tropic 3 & 4. Omerta is a sim with tactical turn-based combat set in the 1920s.

We play a "fresh-off-the-boat immigrant" with dreams of making it big in Atlantic City, which means climbing the hierarchy of the criminal underworld "in an attempt to dominate the city."

We construct, buy or takeover businesses as our empire grows which includes "speakeasies, distilleries, illegal boxing rings and much more," with the gameplay switched up during combat as it embraces "turn-based tactical RPG".

The blurb continues: "Unique playable and non-playable characters will perform jobs for you, including spying on, fighting with and even fire-bombing the buildings of enemy gangs." We manage our empire overall in a real-time fashion.

"The player strategically manages his business and his minions in a real-time format, slowly but steadily increasing his influence over the city. The player sends his henchmen out on missions ranging from assassinating an informant, to raiding a warehouse, springing a friend from prison, robbing a bank or attacking a rival gang’s hideout. Nobody is above the law in Atlantic City, so it always helps to have a little cash handy to bribe a policeman or pay off a politician."

Omerta: City of Gangsters releases on Xbox 360 and PC this autumn. 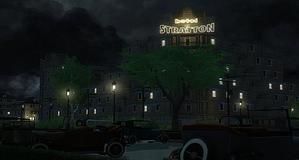