Lionhead working on an MMO title for future consoles

17 May 2012 | By Nick Akerman
Lionhead, the team behind Microsoft's Fable series, is said to be working on an MMO title for next generation platforms.

Once more, the rumour stems from another LinkedIn ad spotted by Superannuation. 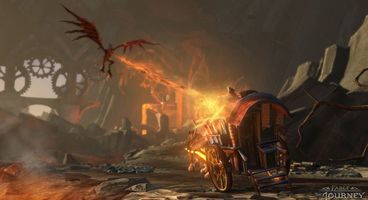 "Opportunity to work on MMO like title for next generation consoles. AAA game and budget!

This is to assist in the development of a major brand new IP that is being targeted for the future generation of platforms and will be an RPG based game with a radical new take on how co-operative and multiplayer gameplay feeds into the experience, while blending online and single-player into one complete experience."

Any sign of the add has now been removed. It also mentioned a "complex progression system, multiple routes through the campaign, and an MMO like multiplayer experience that will affect the outcome of the player experience, and many other attributes surrounding their profile (such as the environment and the outcome of certain actions)."

Lionhead is currently working on Fable: The Journey, the studio's last game assisted by Peter Molyneux. With regard to the ad, Microsoft has no further details at this time.