EA will be "locked and loaded" for SimCity's demand for Internet 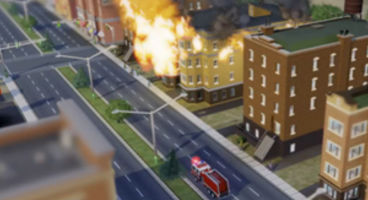 Maxis' Lucy Bradshaw affirms that EA won't drop the ball when it comes time to launch SimCity next year. Fans have been nervous over the revelation it requires a constant net connection.

EA's recent launch of online games has been "really quite flawless," boasted Bradshaw, citing Star Wars: The Old Republic as one of the "most absolutely stable MMO launches". No worries then?

Okay, but happens if it DOES actually lose Internet? The Maxis bigwig didn't go into specifics but did allude to a "nice, graceful way" of dealing with the particular situation.

It seems Maxis is designing the game to survive with Internet loss while needing it at the same time. Overall she's confident that EA has the chops and the record as proof that they can keep SimCity's online needs fed. "If you’ve seen some of our recent launches they’ve been really quite flawless. Battlefield had huge amounts of players and stayed extremely stable, and think SWTOR was one of the most absolutely stable MMO launches," Lucy Bradshaw said.

Should it lose that thread to the wider world then Maxis "have a nice, graceful way of dealing with those kind of things so that you’re not going to lose stuff. That’s the beauty of it being asynchronous, is that we are able to be very graceful about how that online connection works and stuff."

“I think we’re going to be in a really great place,” she added.

The problem is necessarily EA's servers but the reliability of the clients'. Why is the 2013 bound SimCity wanting to connect online all the time anyway? "What we’re giving you is a lot of choice in terms of how you play. You can play connected with friends but you can also take an entire region on by yourself – you’re not going to really witness the fact that this is anything keeping you from exploring the space or doing what you want in terms of how you play," she explained.