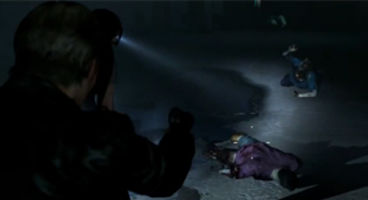 Filth! Capcom's Resident Evil 6 will feature something of a nudist boss fight as the ESRB ratings summary spills the beans on a female "human-spider hybrid" that dreams of a Playboy centerfold.

She gets even more suggestive when jumping the player as she "briefly caresses" her person. Aside from this morally bankrupt content, we also plenty of "dismemberment and decapitation".

In fact the ESRB warn us of "Blood and Gore, Intense Violence, Nudity, Strong Language and Suggestive Themes", and that's why only Mature consumers can be trusted.

Capcom aren't going too far with the 'skin show' as while she maybe nude, it's "without any discernible details (i.e., no nipples or genitalia)". The ESRB divulge a little of more of her disreputable character: "During one attack move, she briefly caresses her breasts while straddling the players' character. The words 'f***' and 's***' can be heard in the dialogue."

Just plain filth! Resident Evil 6 releases on Xbox 360 and PS3 October 2nd, and on PC at a later date.