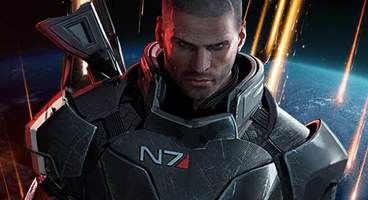 Mass Effect 3 producer Mike Gamble revealed at a San Diego Comic Con has revealed that BioWare is planning on making single player downloadable content for the game, and such DLC will focus on Shepard's experience.

So far, all of the downloadable content has been five multiplayer packs and the Extended Cut release that added more info into the single player ending.

Gamble has seen completionists already. "We see people who have everything unlocked all the way up to level 20 on everything, plus all the mods, plus all of the gear, everything," he said. "It takes a lot of time, a lot of time to get that stuff, like hundreds and hundreds of hours of play to usually get up to that level. And some of these people had done it in the first month to two months."

Gamble also showed surprise that gamers enjoyed playing the Vorcha class in multiplayer. "I expected people to shy away from the Vorcha because they're Vorcha, but everyone seems to love to play with them."

The Earth DLC pack for Mass Effect 3 will be released this week on PC, Xbox 360 and PlayStation 3.