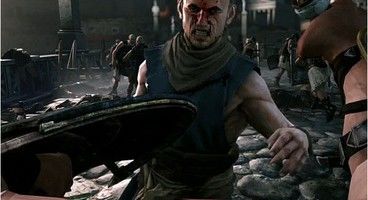 According to Yerli, “The development team shifted, but for different reasons than people assume. People think it’s because it didn’t work out, but actually it was a studio redirection – we wanted Budapest to focus a bit more on mobile and tablet, and they released Fibble, which was quite an excursion for Crytek. And we’ll do more casual stuff but that’s also free-to-play."

The lack of information, Yerli confided, is due to a non-disclosure agreement. “With Ryse, the game is moving forward really well – we just can’t talk about it,” he said.

On the other hand, when asked if development had shifted from the Xbox 360 to the unannounced next-gen Microsoft console, he was cagier.

“I don’t know!” Yerli denied. “We’re still working with Microsoft, so obviously we can’t change platforms. But if you mean within Microsoft – that I can’t comment on (that).”