Analysts weigh in on lack of PS3 price cut 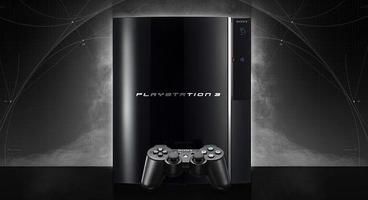 Microsoft announced a $50 price cut for the upcoming holiday season, but there are no price cuts coming for the PlayStation 3.

According to Colin Sebastian of RW Baird, "Sony needs to drop the price of the PS3, which would be well timed Q4 before the expected announcement of the PS4 sometime in early 2013."

"It is clear that all the current generation consoles are getting a little long in the tooth and unfortunately releasing new models or upgrades is not as strong a motivator as in prior years," stated Jesse Divnich of EEDAR, "What we are likely to see is a strong presence of hardware bundles this holiday season. Offering current holiday hardware discounts, but the inclusion of more and even better software. We'll likely see many hardware bundles packed with AAA titles; whereas in prior years hardware bundles generally had A to AA rated titles. Both Microsoft and Sony will be aggressive on their holiday promotions. I am sure Sony is adequately prepared with proper discounted bundles."

However, some analysts are reporting that Sony won't be issuing a price cut.

"Sony dropped their console prices $50 in 3Q11 so I don't expect another price cut this holiday season. I don't think Sony will have terrible game sales results this holiday season but I also won't be surprised if they come in 3rd when it's all said and done," IDC Research Manager Lewis Ward noted. "The fundamental question for Sony right now is how many incremental PS3 units could they sell at this point in the cycle if they cut price now?"

The reason is that a price cut may not help Sony anyway.

"The fundamental question for Sony right now is how many incremental PS3 units could they sell at this point in the cycle if they cut price now? My opinion is that it likely wouldn't have a big impact for Sony this calendar year," stated DWR Research analyst PJ McNealy.

"Sony is trying to minimize losses right now after posting terrible financial results in the past year. I think the solutions for them right now are more focused on a slim PS3 with bundles. Sony has some unique leverage that Microsoft and Nintendo don't have -- a movie studio and music label," McNealy added, "Sony hasn't been shy to bundle games with movies and I can see more creative bundles coming from Sony while trying to maintain the current pricing structure."

Mike Hickey of National Capital Alliance stated there would be no PS3 cut until the PS4 is released.

"If they cut the price now, they'll just have to cut it again when they announce PS4," he predicted. "So maybe they are thinking 'Let's limp this through until the announcement' and then they'll do the next price cut similar to what Nintendo did with Wii in front of Wii U."