17 October 2012 | By Jonah A. Falcon
2 Dawn has announced that their online multiplayer shooter, Ravaged, is now available for purchase from major digital distributors, including GamersGate, for $24.99 USD.

Ravaged can best be described as a cross between DayZ and Rage, an open world shooter in a post-apocalyptic landscape where players choose sides between the “Resistance” and the “Scavengers” who fight for vanishing resources, disputed territory, and basic survival.

Ravaged will include support for such PC features as public dedicated servers, competitive support; and advanced graphic settings such as Eyefinity and Crossfire. 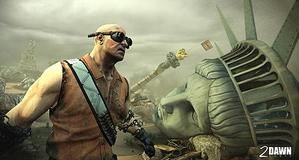