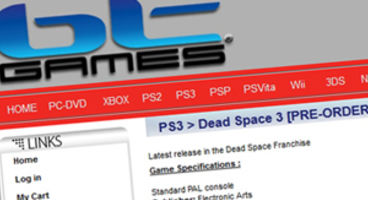 Won't someone please think of the marketing executives?! They get their jollies off by unveiling these things, but then a retailer comes along and steals their candy!

Dead Space 3 has protagonist Isaac Clarke crash landing on Hoth-wannabe planet, Tau Volantis. He'll be looking for shelter and makes his way to an abandoned way station where he comes across an injured survivor, revealing there are more on the planet. One of their number is Ellie, a character from the original Dead Space.

The retailer appears to have removed the product listing for now.