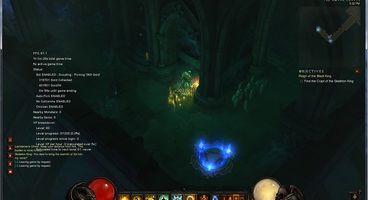 Blizzard has announced that the developer will be limiting how many games Diablo III players can launch in short succession. This measure is being taken to combat spambots, which have been the bane of players since launch.

According to the developer on the official Battle.net forums, "We've further tuned and tested the conditions that trigger this limit to ensure, as much as possible, that it only affects those abusing the Diablo 3 game service in a way that violates the terms of use - for example, by using bots that create games in rapid succession."

"While we regularly take action against accounts for the use of unauthorized third-party programs and bots, this additional measure will help us further preserve and protect the integrity of the game and economy in between ban waves,"

However, players who feel unfairly given an "Input limit reached" message are encouraged to tell Blizzard to help with quality assurance.

"This information will help us ensure the limit minimally impacts legitimate players while still protecting the game against bots," Blizzard concluded, "Our goal is to help ensure that Diablo 3 continues to be a fun gaming environment for all of our players, and we're looking forward to hearing your feedback on this change once it goes live."