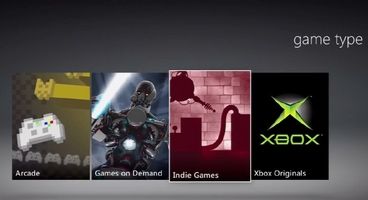 Being buried like this upset indie devs.
Microsoft has listened to complaints by indie developers who were upset by the Indie Marketplace being shoved behind the "Game Type" button in the November update. Now, the service is now visible on the "top level" of the Marketplace section right next to tabs for Xbox Live Arcade and Games on Demand.

Microsoft released an apologetic statement to the press that read:

"As you've now noticed, the Xbox Live Marketplace was updated to change the way games are surfaced to customers.

"Microsoft is continually working to better organise our digital game content on the platform and your feedback played a part in that.

"Part of this new organisation means that Xbox Live Indie Games now has a tile on the top level of the marketplace right next to Xbox Live Arcade and Xbox Games on Demand.

"Inside of the new Xbox Live Indie Games section, you'll notice that there are New Release, Top Download, A-Z, and Genre options, as well as a rotating carousel that shows off Kotaku's Picks, Contest Finalists, and can be used to house other content as desired.

"This update is something we are extremely excited about as it really brings Xbox Live Indie Games to a higher level of visibility in the dashboard. We believe these changes will help even more gamers find and experience the great offerings you've all developed for Xbox Live Indie Games."

Hopefully, some of the indie games that deserve recognition will get it, instead of the rare few like Cthulhu Saves the World (review) and FortressCraft.