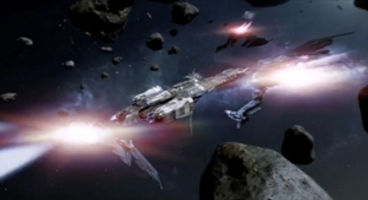 Initially it wasn't to be but Chris Roberts, creator of Wing Commander, has decided to add his latest and incredibly ambitious space simulator to Kickstarter to help shore up crowd-sourced funds.

It is freshly added with 31 days left to go. Already it has just over 3,700 backers pledging $153k. The goal of the project is to hit half a million. Numerous reward tiers are on offer for fans.

Already the studio has released in-game footage of Star Citizen, which is said to combine all the best bits of Wing Commander, Freelancer and Freespace. It will have a huge universe to "explore, trade and adventure in" at our leasure. Roberts promise they will be launching micro updates to add new content on a "weekly or bi-weekly basis".

It will fully support online or co-op play but has offline too for lone wolves. The ideal goal of Star Citizen is to be offered a place among the elite 42nd Squadron. They want user generated content as a major feature of the space sim. They also want to ensure the economy is entirely dynamic and reactive to player actions.

The Kickstarter project page goes into teasing detail about Star Citizens features, which include discussing how ships work, the visual detail of the game world, ship components, and tons of other stuff. They even promise full support for the upcoming VR headset Oculus Rift.

Check out the Star Citizen Kickstarter for more information.