Did Black Mesa Live Up To The Hype?

19 October 2012 | By Marco Fiori
When Black Mesa launched several weeks ago, I expected a miracle. Think about it – the day the Gordon Freeman love letter finally came out (i.e. Black Mesa’s release) would’ve been, scrap that; should’ve been, the perfect time for Gabe to reward his loyal community.

Cut to press conference; "to celebrate eight years of hard work from the Black Mesa team, made even more impressive by a lack of financial drive, we thought it’d be a great opportunity to give Half-Life fans what you deserve - Half-Life 3, launching tomorrow." 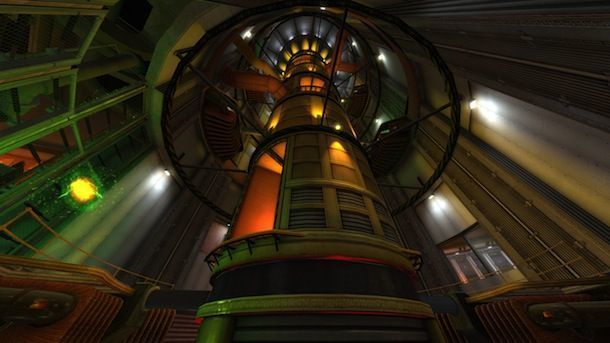 And we’re back to reality. Alas, the above was not meant to be. It’s a shame, especially when all we're stuck with is a faithful, magnificent recreation of Valve's opus. It's a hard life, isn’t it?

In case you couldn’t tell, that last statement was sarcasm. To rectify any confusion, Black Mesa is brilliant even after all this time. You’d be forgiven for having thought the fan-led creation was a vapourware project. After all, it’s been almost a decade in development and spookily, subject to the famous Half-Life Curse (i.e. leaks, delays, radio silence and feverish speculation).

Then it launched out of nowhere, with little warning and no issues. It’s peculiar – smooth, un-expectant launches aren’t things that happen to a game with Mr Freeman at the heart of them – a fact even more impressive if we’re to consider Black Mesa’s price point, or lack of one.

You see, Black Mesa has done something that’s incredibly rare in video games – it’s lived up to its hype. Yes, its development team used one of the, if not, the, greatest first person shooters as their source material, but with so much expectation resting on their shoulders, it wouldn’t have been surprising if they succumbed to the pressure along the way.

To understand how Black Mesa managed its success requires a rethink of the mod’s purpose. It’s safe to say Black Mesa is more than just a HD remake. In fact, suggesting it is a remake is mildly insulting to those who spent eight years on it.

Yes, it might have originally started life as ‘Half-Life: Source done right’, but as time went on, the developers realised they could re-present the game in a way that was faithful to the original, but at the same time, would take advantage of the advancements the year 2012 had brought.

In a modern industry driven by money and sales, Black Mesa is love. Pure, unadulterated love. There is no other driving force on the planet which would push so many people to create something so incredible for nothing. If you told the team that it would take eight years, they’d probably have looked at you as though you were crazy.

It’s not even about the time – how could you genuinely top a game that so many class as genre perfection? By bringing it kicking and screaming into the 21st Century, that’s how. 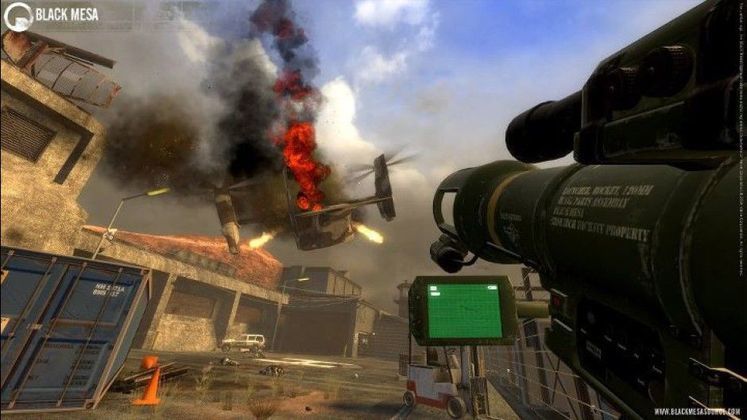 Black Mesa is by all accounts old. It is, after all, a revision of a game released in 1998. Nowadays the innovations Half-Life pioneered can be considered part of the very fabric of First Person Shooting. They are genre staples, which when compared to the bombastic standards set out by modern shooters, seem quaint.

Half-Life has always been about narrative, choice encounters and corridor problem solving. This hasn't changed with Black Mesa, and while some of its recreated set pieces look bigger and more ambitious, the formula remains the same.

The team could have chosen to repaint the original game with the latest Source Engine; instead, as the project snowballed, it became apparent a lot could be done to create a more complete Half-Life game (ironically, even without the currently missing Xen levels).

Aside from a few misplaced sections and a reliance on quick saves, the team has hit the nail on the head (with a massive red crowbar). Yes, there are many occasions where you get angry at the enemies 'aimbot-style' ability to hit you, as well as the level of damage they do, but overall it’s marvellous.

Is the complaint it’s too difficult mean we've become accustomed to modern shooters which allow regenerative health? Is it really a shock that a FPS is attempting to kill you rather than hold your hand as you explore a faux war movie?

It's unclear at this point whether its steep difficulty is intentional or the result of a lack of player testing. Whatever the answer, Black Mesa definitely tries your patience. It does do its best to refuel you ahead of important battles, but a lot of the time you'll do find yourself quick loading following an imbalanced death.

It's hard to say whether softer, handholding games focused on cinematic replication are superior to those that rely on skill, reload spam and a pinch of luck.

Oddly Black Mesa covers both these descriptions. In parts it'll court you with snippets of cinematic greatness; other times it'll have you blundering along an extended water puzzle section compounded by confusing sewage traps.

Difficulty blips aside, Black Mesa makes a powerful statement about independent development – one that shouts from the rafters that it is indeed possible to be creative even if you’re not aiming to earn money from your game.

Obviously Black Mesa chose to stay free even though it was worthy of substantial financial compensation. It's unlikely Valve would've allowed a commercial release due to licensing agreements, but parallels can be made with other long running indie projects.

The success of mods has long been demonstrated both in the Valve community (Counter-Strike, Team Fortress) and further afield (DayZ). Black Mesa is a battle cry for the merits of hard work, patience and the desire to better someone else's project in a complimentary manner.

From the moment you take the iconic monorail journey, through to the fade-to-black ending which promises more, Black Mesa woos you every step of the way. Black Mesa does everything it set out to do and more.

Perhaps its most important legacy is to highlight just how good Half-Life is. Its sequel is often toted as the greatest FPS game ever and personally I agree, but the original Half-Life, as well as Black Mesa’s reboot, seems a more complete, tighter experience.

No game is perfect (again, correct for both parent and mod), but there are very few games that come close to the excellence demonstrated by the little mod that could.

Now, if only we could find where Half-Life 3 is hiding...