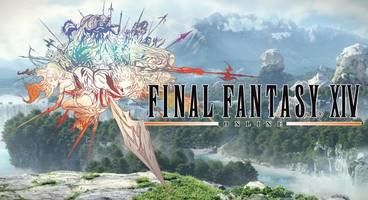 Final Fantasy XIV producer and director Naoki Yoshida claims in an interview that the reason the badly launched MMO isn't free-to-play and is sticking with a premium subscribership is that it's the best way to "regain trust" with fans.

According to Yoshida on not going to free-to-play, “The main reason why we haven’t decided to take the free-to-play option is that, at the game’s original launch, it didn’t live up to expectations and it let down a lot of fans. We lost the trust of fans who had followed us across our 25-year history. We want to regain that trust and to deliver on past promises.

“One of the promises we originally stated was that we would release the game with a subscription model. Players will be able to play it 24 hours a day, seven days a week, 365 days in the year if they paid a subscription fee.

“So to regain the trust of our players we must of course fulfil this promise. Right now we believe that to be more important than any kind of business decision.”

The producer also weighed the options, stating, “The other thing is that – depending on what kind of game you have – its hard to say which model is better. Is free-to-play better? Are subscriptions better? It just really depends, and it’s hard to say which one is better.

It’s all rather confusing, but one thing makes sense: that Square-Enix doesn’t want to be running Final Fantasy XIV out of someone else’s pocket, and this is where the need for subscription models makes sense, even if it’s unpalatable to those accustomed to free-to-play."

Yoshida admitted that in the end, it's what Square Enix thinks will get more money to pay back to investors quickly.

“We’d have to pay our investors back, and free-to-play is an option to get that money back to investors quickly. Final Fantasy XIV: A Realm Reborn is a product that is independent to Square-Enix. All of the money’s coming from us, so we had more time to put it into what we wanted to do. We’re not in a rush to pay anyone back,” he revealed.