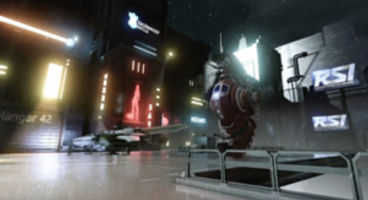 Amazing, truly. With just 3 hours ticking away on the Kickstarter campaign clock, Star Citizen is just beneath $2 million in pledges. However, when combined with other funds, it has achieved $5.8 million.

That's more than enough to have unlocked the Bengal carrier stretch goal, and to get motion capture for Squadron 42. At $6 million we'll get 100 star systems at launch, full orchestral score and more.

It has been a real astronomical journey for Chris Roberts and his studio's crowd sourcing campaign for Star Citizen, which is exclusive to PC and powered by CryEngine 3.

They've teased us with a gorgeous looking tech demo below as they import one of the early concept artworks into a 3D game environment. It's not too late to pledge your backing for Star Citizen, or to harass your neighbours and loved ones into doing so. Surely the community can reach that lofty combined goal of $6 million?