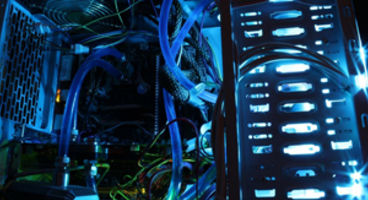 Why are Capcom's PC releases usually later out the door than on consoles? Because the console code gets finished first, and then the work on PC begins. This won't change.

Unless they 'sit' on the console code until PC is ready, which they "can't do from a business planning perspective," it will continue as it is. They do try to keep the gap "as small as possible".

In some cases they can actually manage a simultaneous release like with Dead Rising 2 and Bionic Commando. Capcom was thought to have abandoned PC over the 'futility of piracy'.

Street Fighter suffered staggering numbers of piracy on PC and it switched Capcom off for a while, but then they came back. "Quite often, PC development starts when the console development finishes or nearly finishes. Unless we start sitting on the console code and not releasing it until the PC development is complete (which we can't do from a business planning perspective), there's going to continue to be some small gaps unfortunately," explained SVP Svensson.

"We try to keep the gap as small as possible and at times, we have been able to make them simultaneous (Dark Void, Bionic Commando, BCR, MotoGP, Dead Rising 2, Dead Rising 2:OTR)."

"Oh, and Arcade Edition was shipped on PC within 1 week of the console retail release (which I'd consider pretty much simultaneous)." It's widely believed that others delay the PC versions intentionally to lure would-be PC pirates into 'giving in' and buying a copy of the game for consoles, as otherwise they'd miss out on sales entirely.

Other times it just because the developer's resources can only go so far and they don't have time to focus on Xbox 360, PS3 and PC all at the same time and have to wait to free up manpower.