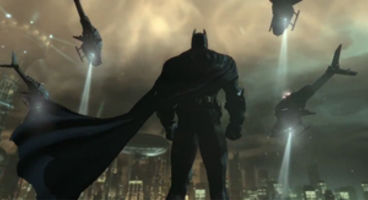 Dark Knights stalking the shadows on PC with Rocksteady's Batman: Arkham City can rest easy - finally - now that their save files aren't getting dropped into a pit of acid by Two-Face.

Also improved are memory issues for those on 32-bit operating systems, as well as a tune up for "cut-scenes and death taunts" in general. The patch is available via Steam.

It's taken many months but finally the Rocksteady team seem to have nailed the problem causing save files to corrupt, rendering hours of play obsolete.

• Occurrences of save file corruption

• Improvements to performance in cut-scenes and death taunts

I was a victim of having my save file disappear but luckily I was able to recover it after a series of experiments involving the hidden Live folder and telling Steam to go offline. It wasn't the kind of corruption I thought I'd be fighting as Batman.