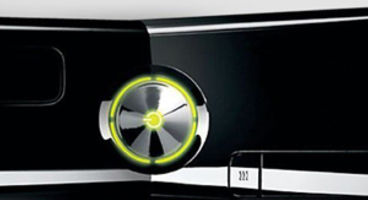 Microsoft has revealed that 1.4 million Xbox 360 units sold for the period January 1st to March 31st this year, which is down 48 percent from Q1 2011's 2.7 million hardware sales.

Kinect peripheral numbers were down too although they didn't elaborate, but Xbox Live revenue had increased. Total Xbox 360 revenue dropped $584 million. R&D spending up 33%.

Don't you just love figures about sums of money you can only dream about? Of course you do; you're a moth to a flame. Entertainment and Devices Division revenue fell to $1.62 billion.

That's down 35 percent year-on-year, which Microsoft attributed to a "soft gaming console market". Don't feel too bad for the corporate giant because Microsoft as a whole took in $17.4 billion in total revenue for the quarter, an increase of 6 percent. Operating income rose 12 percent to $6.37 billion.

See? You're faithful corporate overlord is still rolling in our cash. Bless 'em. "We're driving toward exciting launches across the entire company, while delivering strong financial results," said CEO Steve Ballmer. "With the upcoming release of new Windows 8 PCs and tablets, the next version of Office, and a wide array of products and services for the enterprise and consumers, we will be delivering exceptional value to all our customers in the year ahead."

As of December 31st the Nintendo Wii has sold over 95 million units, and PS3 sits at 62 million.