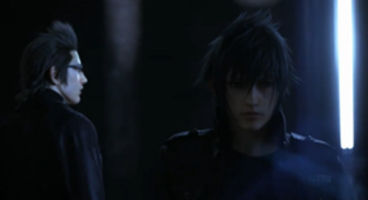 The house of Square Enix has reportedly terminated work on Final Fantasy Versus XIII six years after the game was first announced back in May '06. Little has been seen of it since then.

A source reveals Square are reluctant to openly admit the canning so to avoid a stock hit. Resources are allegedly being retasked for Final Fantasy XV. Square refused comment.

"We have no information on the status of Final Fantasy Versus XIII, but will be sure to update you as it becomes available," the publisher told Kotaku.

Two sources confirmed to Kotaku that they had learnt Versus XIII assets had been 'folded' into another project, which is believed to be the next major Final Fantasy instalment; FFXV. It would seem Square Enix would rather profit off the work of Versus in a full release and not a spin-off. Square has a Final Fantasy event happening late next month.