The Last Guardian dev gives oath "that it exists" 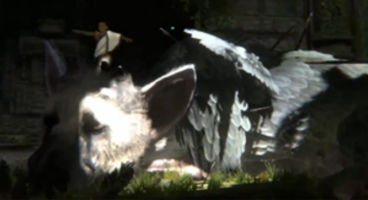 There has been a lack of The Last Guardian at this year's Tokyo Game Show, but a developer on the project's team 'give us his word' that the game is still very much being worked on.

The anonymous developer continues adding that Fumito Ueda remains working closely on The Last Guardian, and that this "very ambitious project" was announced too early.

"I give you my word that it exists," the dev told Kotaku. "We are working on it." It remains in Japan for its development. "There are lots of pieces to the puzzle," they continued.

A reason for a no show is that Sony appears to be a little more reserved when showing projects now, preferring to wait until they are closer to launch. The Last Guardian certainly feels like it was announced a gaming age or two away. An official trailer for the ambitious title from Team Ico first aired at E3 in 2009.

The game centres on a young boy who appears to be trying to escape a decaying ruin with the aid of a very large griffin like creature, who proves instrumental in solving puzzles and protecting the young boy. However at first it appears the creature, Trico, will at first be hostile toward the young adventurer but over time forms an emotional bond.