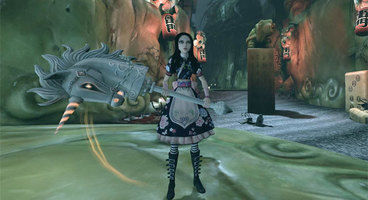 American McGee, who has authored a string of recent flops, believes that the AAA publishing model needs to "die", because it's not innovative.

According to McGee, “That publisher model was brilliant – for the publishers, and for the console manufacturers, because it was all based on the idea of scarce shelf space."

He now believes that digital will end the major blockbuster game because there's no longer any reason to fight for shelf space.

“Everything has been heading towards this peak of extreme spending on marketing, massive teams, limited choice for consumers, and its been this thing where it’s a race to the worst possible combination of things that you could possibly want from an industry, and that’s typically what happens when you have a monopoly,” he claimed.

Now he thinks, "That’s a model that deserves to die. I think over the years it deserved a lot more hatred than it got from developers and consumers, and just about everybody. But they were very effective in making sure that people loved their masters.”

Of course, this is belied by the recent brouhaha over always-on DRM for SimCity, as well as the EULAs which shows PC owners may have less ownership than console owners.