BioShock Infinite "at home on the PC," not using Games for Windows Live 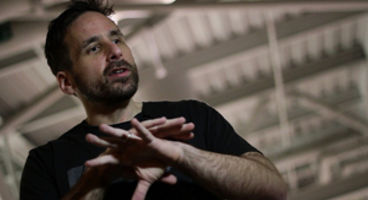 Flood your breeches with joy PC gamer because Irrational Games' Ken Levine has confirmed that BioShock Infinite will be void of that awful Chinese finger trap that is the Games for Windows Live client.

It'll be using "Steam's standard DRM," which is Steamworks, so there's no GFWL client or SecuRom lurking. It's so the fans have "effortless access" to the game. Infinite has a "dedicated group on the PC".

Levine made the smile inducing revelation during a Reddit AMA session. It's great to know that BioShock Infinite shouldn't suffer from poor porting issues.

"We have a dedicated group on the PC version. Our first priority is making sure that it feels like a game that is at home on the PC," Ken Levine told users. BioShock 1 & 2 composer, Garry Schyman, returns for Infinite.

“Chris Kline our director of tech, has been driving this process. We’re very sensitive (after getting a well deserved reaming once before) on the issues of widescreen and mouse acceleration. We also want to make sure that the fans have effortless access to the game, so we’re using Steam’s standard DRM. People have asked before if we’re using GFWL and/or SecuRom, and we are not. I also have to say, the game looks beautiful on PC.”

You can check out the full Reddit AMA session where he thanks fans for their "questions, compliments, and painful reminders of my various failures and inadequacies." BioShock Infinite releases on Xbox 360, PS3 and PC March 26th.