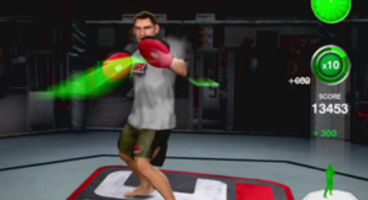 THQ has announced that new workout content is available to download for UFC Personal Trainer: The Ultimate Fitness System, which released back in June last year.

The workout DLC is now released via Xbox Live for 800 Microsoft Points. UFC Personal Trainer is available for Xbox 360, PS3 and Nintendo Wii. Are you fighting for fitness?