Creative Assembly "will do more" to support mods in Total War 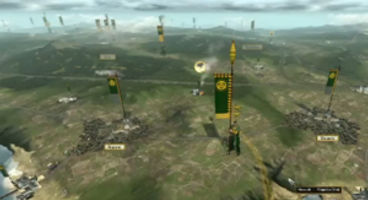 The Total War series is a much beloved one and it's ripe for the PC mod community to tear into and put together their own historical (in)accuracies. The trouble is mods aren't supported.

Developer Creative Assembly has nothing against them but it's "quite a lot of work," and they've generally skipped over it. They've "no philosophical problem with modding at all."

Those of a more jaded disposition might claim it's because Creative and SEGA want to sell more DLC, but the studio claim "that isn't the case." The amount of work it would take put them off.

"If anything, we tend towards: the more mod support, the more DLC you’ll sell,” said studio director Mike Simpson. “It has always been quite difficult to support mods quite well and it’s quite a lot of work, so we’d end up not doing something else.” The PC series has been a target for mods since creation - Rome was a particular favourite.

The ever evolving engine the studio uses for Total War is making the task of 'mod friendly' toolsets a nightmare but Creative Assembly wants to give fans more freedom. “We’ll do more,” Simpson said. “We will do more.”

Bethesda and Valve partnered with the launch of the Steam Workshop which aims to let mod makers easily get their creations into the games by simply letting users 'subscribe', and save fans the trouble of having to install tools. It's resulted in a huge wave of Skyrim and Team Fortress 2 mods.

"Yeah, we’re looking at that as well. We should be letting people do this,” he said. "There’s no philosophical problem with modding at all.” SEGA launches standalone expansion Total War: Shogun 2 Fall of the Samurai this week.

“I can imagine situations where it might run into trouble if someone started to do a mod that happened to be the thing we were doing in the next game, then we’d be thinking do we really want to encourage that?” he laughed.

Check out our review of Total War: Shogun 2 Fall of the Samurai for why you're "unlikely to be disappointed". Would Creative Assembly embracing mod support or even Steam Workshop get you back in the series?