Next Hitman "out of the house" at Square Enix Montreal, "another take" on 47 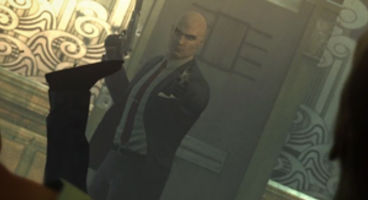 IO Interactive has just released Hitman: Absolution this week, but a new title in the series is being worked on at the new Square Enix Montreal studio. It'll be like 'Call of Duty with Treyarch and Infinity'.

Game director Tore Blystad says these big IPs take a long time to create just one game, so if you can "work a little bit in parallel" with another studio then it helps. It'll be a "fresh perspective" for 47.

Regarding the new Hitman title, Blystad said it was like handling a big film franchise like Aliens, "where everyone’s doing it their own way." New handler, new take.

"Every time someone gets their hands on a franchise they do something different. So rather than doing the same thing again you get another take on the character from a fresh perspective," IO's Tore Blystad told OPM in an interview.

"There’s a lot of these problems you encounter with these sort of productions, some of them are really fundamental problems, or they have a big effect on the game – like how you do a mechanic for instance. If you change a mechanic too much then the whole gameplay will be modified."

IO Interactive at the team at Square Enix Montreal will be in near constant contact and so the Hitman franchise won't be put in danger, assures Blystad: "Well there are talks between us and of course it has to be somewhat in sync but it’s the first time you could say Hitman has gone out of the house."

“Luckily it’s with someone we know. Some of the key developers came from IO and have been working on previous games so it’s not like it’s in completely new hands," added the game director. Call of Duty is a huge property with Infinity Ward and Treyarch seesawing releases between them. Each sells multi-million dollars' worth of copies. Will Hitman manage to escape the dangers of sequelitis as it gets bounced releases between IO and Square Enix Montreal?

IO Interactive has "already moved on to a new project," revealed Blystad.