23 March 2012 | By Jonah A. Falcon
Rockstar has revealed that Max Payne 3 multiplayer "crews" will be transferable to other games, with all stats and information carried over using the Rockstar Games Social Club. One of the games that will support the "crew" mechanic will be Grand Theft Auto V. 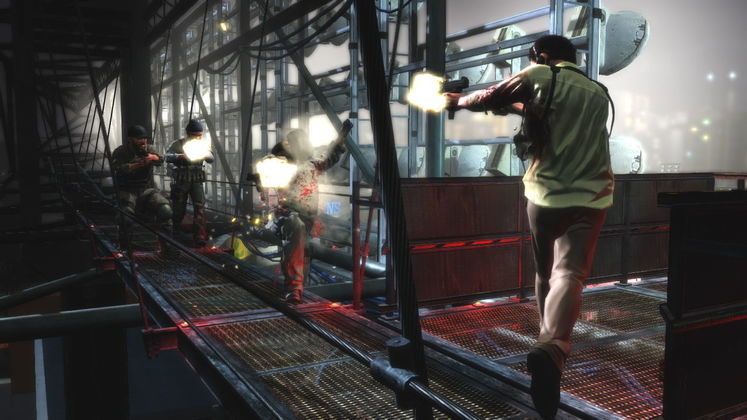 Crews, which are effectively clans, can be public or private, and are completely customizable. Vendettas and feuds can form over time between crews, and with the Rockstar Games Social Club, those beefs can carry over into other games.

Vendettas occur in normal multiplayer games were a player kills other twice. The killed player can mark that player with an X, and killing them while marked will earn extra experience.

Feuds work much like vendettas, except they occur randomly, and when two players from an opposing clan are on the map. During the match, the game will all of a sudden declare a "skirmish" between the two crews in the middle of the larger multiplayer match. The first crew to get 10 kills against their enemy during the match will earn extra XP.

The best part of the system is that these feuds and vendettas will maintain themselves across all supporting Rockstar Games Social Club titles, like Grand Theft Auto V, and the Club will tally the stats across all of the games as well.