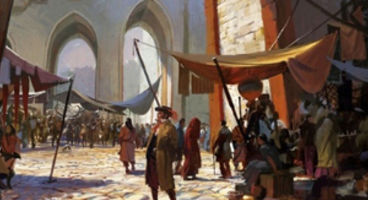 Mike O'Brien, president of ArenaNet, isn't a purely free-to-play affair because it's a high quality MMO, and "the lowest cost MMO." Microtransactions won't be 'punishing' to the player base.

Guild Wars 2 is "one of the best values in gaming, period," declared O'Brien. The microtransactions would focus only on "non-essential" and "convenience services" for those who want them.

His studio will remain transparent with the Guild Wars 2 community, he affirmed, and wouldn't go sneaking in game altering perks for those who pay.

"We’re really focused on creating the highest-quality MMO, not the lowest-cost MMO,” said the ArenaNet president.

“I think Guild Wars 2 is one of the best values in gaming, period. Where else can you get this many hours of enjoyment, of content, of polish, of replayability, for $60?"

“Creating a microtransaction system that doesn’t upset or alienate your player base is straightforward, once you clearly define what’s in-bounds and what’s out-of-bounds.” Those 'bounds' are defined as "non-essential additions to the game and convenience services.”

There are also plans to implement its own real money trade system for players so those dirty gold farmers don't get a slice of the pie. It takes "power away" from those types who "lie, cheat, and steal to make that profit."

Check out the full interview between Mike O'Brien and VentureBeat. Guild Wars 2 releases this year.