World of Tanks getting major 7.4 update 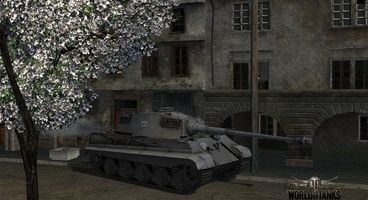 Wargaming.net has announced the details of the 7.4 update for their massively multiplayer tank simulation, World of Tanks. The new update brings sweeping changes to the game, including a wide range of new gameplay features.

The first major additions to the game are the debut of two new game modes, Encounter Battle and Assault. In Encounter Battle mode, two factions fight for a single base, while the Assault features a group of defenders fending off a superior offensive surge.

Germans and Russians will be getting their own new premium combat vehicles as well. The Soviet made heavy tank IS 6 (tier VIII) and the German Jagdtiger, also called JagdTiger mit 8.8cm KwK 43 L/71 (tier VIII) are added.

Finally, two more new maps have been added. The first is Widepark, which takes place in a ruined German town filled with half ruined buildings perfect for heavy armor ambushes. The second is Airfield, a North African map filled with ancient temples, palm trees and rocky hills for those who want to get a nice high vantage point.