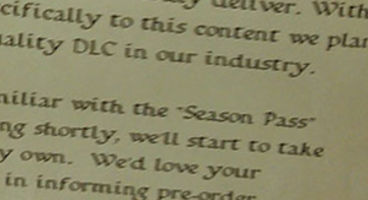 According to a thank you message to GameStop employees for helping Ubisoft achieve their pre-order goals, Ubisoft are putting together a "complementary development team" to work on DLC.

There'll be creating "post-launch episodic content" in which they aim to "set the bar for quality DLC". It then mentions the "Season Pass" concept and how they'll be taking pre-orders of that too.

The Season Pass system usually involves clubbing together all DLC that would release at a significant discount. By how much does Ubisoft plan on 'complimenting' AC3? 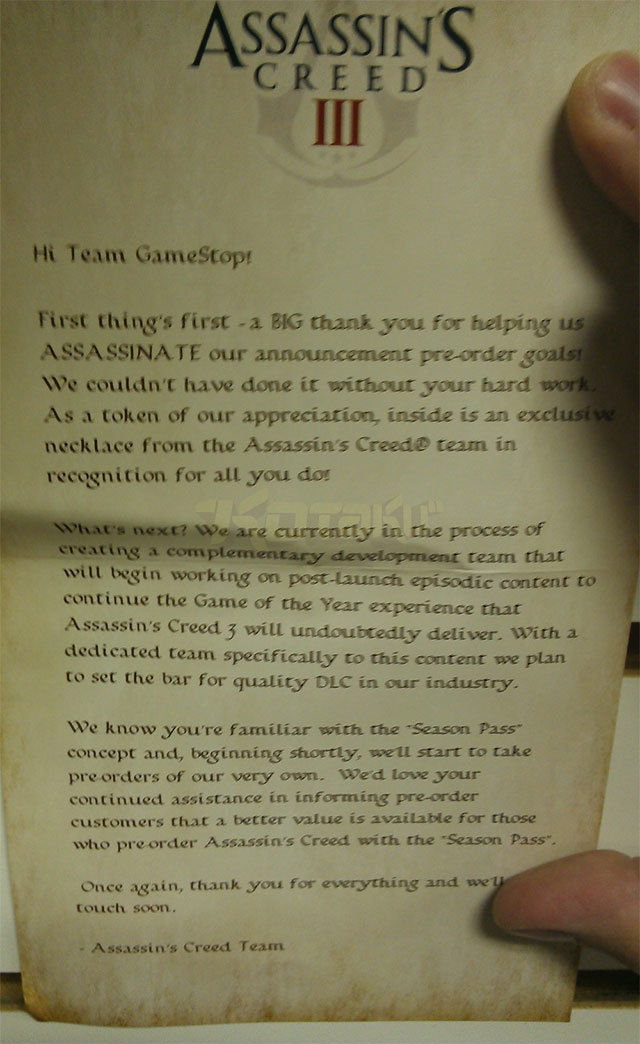