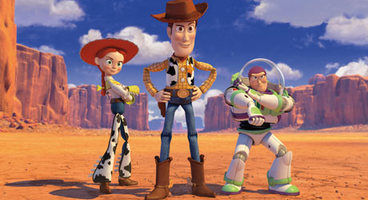 The company's CEO Robert A. Iger has confirmed it is the first product in which Disney and Pixar characters interact with each other.

No specific details have been released, aside from the confirmation mobile and online applications are being worked on alongside the project.