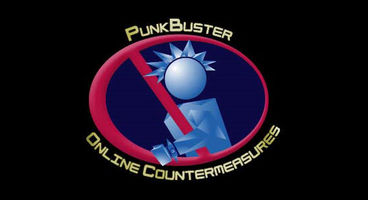 One member of the game-hacking site Artificial Aiming has decided to ruin the experience of regular gamers in a more disruptive way than just cheating: the hacker is using Punkbuster to ban innocent players on Battlefield 3.

According to Artificial Aiming user anonpbspoofer, "We are bringing back the unerring of punkbuster back for a 3rd season. We have selected ggc-stream as the target since they have the most streaming bf3 servers and makes it very easy to add fake bans. In 2011 we hit them with a mass ban wave and now were are banning real players from battlelog while ggc-stream is totally unaware. We have framed 150+ bf3 players alone."

Of course, the players who got banned by Punkbuster wrongfully are up in arms. In a forum post called "Punkbuster got hacked. We got banned," one user raged "So it looks like the hackers/cheaters are unhappy and are now targeting innocent people?"

While some members of Artificial Aiming approve of the hacker's actions, staffer Doober dismissed anonpbspoofer, saying, "This has nothing to do with AA. The person who posted the first link is a junior member here."

As for Electronic Arts, the publisher posted the following official statement, "We are aware that some Battlefield 3 players are experiencing connection issues with PunkBuster enabled servers. This problem is limited to a small subset of players on PC and will not impact players on PlayStation 3 or Xbox 360. We are actively looking into the specifics of this issue and we are confident that we will have a permanent solution in place shortly. In the meantime, if a player's connectivity has been affected, we recommend that in the interim they join servers that are not running PunkBuster. There is a filter setting for this in the multiplayer server browser."

Punkbuster has been criticized in the past of not being able to stop hackers from employing their cheats. Now it seems that it's being used as a weapon against the very same gamers it is supposed to protect.