Remedy gets "motivation" from Skyrim's success 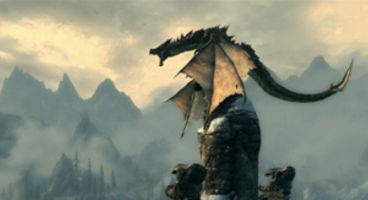 Story-driven games are Remedy Entertainment's passion and they get "motivation" to continue doing them when RPGs like The Elder Scrolls V: Skyrim do so well amongst gamers.

It means there's "obviously an audience out there" for story as much as action. The studio don't need to "make our stories any less than they are," and can stay story-heavy.

The sales numbers of Call of Duty and Battlefield put a smile on their face too, because they've come to embrace some deep storytelling, which is part of Remedy's 'DNA'.

"The Call of Dutys and the Battlefields are doing extremely well in the US,” noted Oskari Hakkinen.

“Those are the type of games that are in popular demand, so it’s really positive to see Skyrim and other RPG games that have a lot of story in be successful as well." The next release heavily story-driven will be BioWare's Mass Effect 3.

“It gives us motivation to do story-driven games, because there’s obviously an audience out there of people who enjoy story as well," continued Remedy's franchise boss.

"Seeing something like that being successful, we don’t need to consciously try to make our stories any less than they are, not try to make them any simpler. Our stories are not necessarily complicated, but our games are very story heavy. And, just to see games like Skyrim succeed, it’s like, let’s not try to make it any less story-heavy.”

Alan Wake recently came to PC and covered its expenses in just 48 hours.