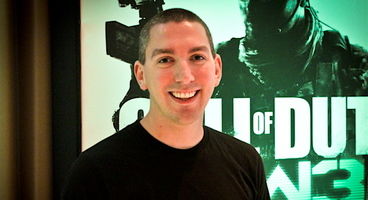 A few weeks ago, community manager Robert Bowling, best known for his FourZeroTwo Twitter feed, left Infinity Ward to strike out on his own. Bowling has now announced that he is starting his own game development studio, Robotoki.

According to Bowling, the studio's first project will be revealed next year, and will be released for next-gen consoles, PC and mobile devices.

“Robotoki is focused on being a developer development studio that just happens to make games. We are focused on our team first and everything else second, because I believe as an industry; we have a lot to learn on how to treat talent. While we continue to out stride film and music entertainment in other areas, we are falling severely behind in how to properly inspire and support our creative talent," Bowling announced.

Robotiki's games will not be bound by the concepts of single player, co-op or competitive multiplayer. Instead, their games will be "adapting the strengths of each of these into a unique experience that is fueled by the actions and contributions in each.”

Bowling's studio will also be completely independent and self-funded. “I wanted to create an environment where the creative vision holders held complete control over their work and could guide and maintain it from concept to execution," he promised.