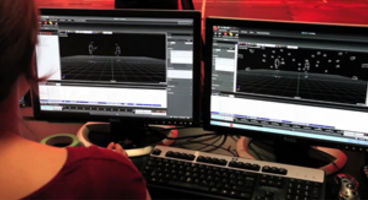 A behind-the-scenes video of Ubisoft prepping Assassin's Creed III for their E3 showing has been released unto the web for us to devour. No there isn't any new gameplay footage.

Sorry but actual gameplay is being saved for early next month when E3 begins in LA. In fact they go as far as blurring monitor screens to keep us in the dark. Boo! Hiss!

In Assassin's Creed III we fill the role of a new member of the order, Connor, who's forced to fight the New World Templars. Ubisoft's E3 press conference is held June 4th.