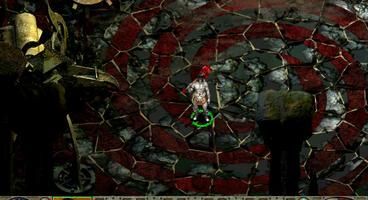 Obsidian's lead designer Chris Avellone has expressed some interest in working on a followup to the classic Planescape: Torment that would ditch the Dungeons & Dragons RPG system, to be crowd-funded on Kickstarter.

According to Avellone, “To be honest I don’t know if I’d want to do it as a Planescape game – I think a better approach would be to ignore the D&D mechanics and respect what Planescape was trying to do and what the game did and see if you can do what Fallout did when it became the spiritual successor to Wasteland."

“I think if you made a game using some of the concepts of Planescape, the metaphysical ideas and the plane travel, without using the D&D mechanics, you could actually come up with a much better game,”

he added, stating that the D&D rules were more of a hindrance than anything in the original game.

“We had to ignore certain spells, change up the class mechanic so that you can switch at any time you like by remembering abilities," Avellone explained. "That was stuff that D&D didn’t allow for, it was to restraining in some respects."

He concluded, “If we did do a spiritual successor, then I don’t know if we’d use the Planescape licence or attach the mechanics, perhaps something that has a different feel to Torment.”

The original Planescape: Torment was released in 1999 and was a financial flop, but latest gained recognition as one of the best CRPG's ever made.