Colin McComb, who is best known for his work on Planescape Torment, has recently hinted he is considering working on a sequel.

Interplay has been a busy little bee lately, as the publisher seems to be resurrecting legendary developer/publisher Black Isle Studios.

Obsidian's lead designer Chris Avellone has expressed some interest in working on a followup to the classic Planescape: Torment that would ditch the Dungeons & Dragons RPG system, to be crowd-funded on Kickstarter. 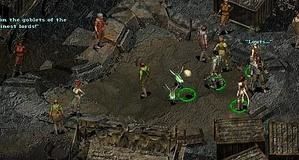