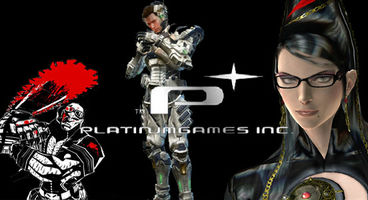 Bayonetta developer Platinum Games is traditionally a strictly console developer, with current games on its docket for the PlayStation 3, Xbox 360 and Wii U, but that may change. Executive director Atsucshi Inaba is hinting around that the developer wishes to explore the PC platform.

Inaba even expressed desire in releasing games on Steam and even crowd-funding on Kickstarter.

The longtime developer blames having to work under a big publisher for being forced to only develop on consoles.

"We haven't released anything on Steam yet, or any PC games for that matter, so I'm not in a position to encourage other people to do so," Inaba stated. "However, I used to belong to a big publisher (Capcom). And if you're at a big publisher, business gets carried on just seeing your game on console. Many publishers don't view PC as an important platform."

He added, "It would be great if we could do a Kickstarter and gather enough money for a game to be released on Steam."

He also pointed at expensive console budgets as another reason he wants to try PC development.

"Console game development budgets are really big, so we need publishing partners to create those games. I was thinking — with our own money — about creating a PC title for Steam. It would give us the possibility to become a publisher, which is very attractive to me," he mused.

"If you think about the console market in Japan, and compare it to the world, it's not that big," Inaba then added. "So I view the PC as an area with huge potential. It would be great if we could do a Kickstarter and gather enough money for a game to be released on Steam."

Bayonetta 2 is due to be exclusively released on the Wii U.