26 June 2012 | By Jonah A. Falcon
Codemasters has announced that their browser-based free-to-play Formula racer F1 Online: The Game has gone into open beta and can be played right now visiting the official site www.F1OnlineTheGame.com.

F1 Online: The Game is a top-down racer as well as racing management sim, where players engage in multiple racing game modes including Grand Prix events and quick challenges. Gamers can form their own racing team, while customizing and upgrading their own car as they see fit. Customization runs the gamut from car color and decals to upgrading the gearbox, brakes, KERS, rear wing and engine as they try to improve their performance on race day.

Codemasters also released a launch trailer celebrating the game's debut - check it out in the video below. 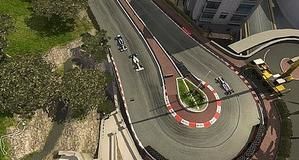